In the following moments and days, Evers harshly criticized the Republican-controlled Senate’s actions. Last week, Evers garnered considerable attention from media and opponents when it was reported he referred to legislative Republicans as “bastards” during a staff meeting.

In follow-up comments to the media, Evers explained he was referring to the term “don’t let the bastards get you down”.

“It’s a saying, it’s a thing,” he told reporters. “I don’t think they’re bastards but I do think they made a huge mistake doing what they did to Brad Pfaff.”

More significantly, it seems the comments have severely jeopardized the fate of at least one gubernatorial appointment. Michael Gillick is awaiting a public hearing in the Senate Labor and Regulatory Reform Committee to serve as Commissioner on the Labor and Industry Review Commission.

When the governor’s staff inquired if Mr. Gillick’s appointment will receive a public hearing, Chairman of the Senate Labor and Regulatory Reform Committee Steve Nass’ office responded via email, “As one of the individuals in the State Senate that Governor Evers considers to be a ‘bastard, amoral, stupid and a political assassin,’ my response is a respectful ‘not a chance.’”

It is unclear if Evers’ comments may have jeopardized the chances of other appointments. At this time, the State Senate has no plans to take any additional confirmation votes before the end of the year.

After weeks of speculation, State Senator Chris Kapenga (R – Delafield) announced he will not run for the 5th Congressional seat, which is being vacated by Congressman James Sensenbrenner. This means that Senate Majority Leader Scott Fitzgerald (R – Juneau) remains the only Republican running to replace Sensenbrenner. With the 5th Congressional District being heavily conservative, it’s nearly a foregone conclusion that Fitzgerald will begin serving in Congress in January 2021.

This week, State Representative Rob Stafsholt (R – New Richmond) announced he will be running in the Republican primary in the 10th Senate District.

“As a State Representative, I was proud to work alongside leaders like Governor Scott Walker and Senator Sheila Harsdorf to usher in bold reforms which have saved taxpayers billions and made our economy strong. I will be a Senator who fights against job killing taxes and unnecessary regulations,” Stafsholt said in his announcement. Stafsholt was first elected to the Assembly in 2016 and currently serves as Chairman of the Assembly Committee on Sporting Heritage.

Stafsholt joins Cherie Link in the 10th Senate Republican Primary. Link is a small business owner from Somerset. Following Stafsholt’s announcement, Link said in a statement, “Rep. Stafsholt points to my not being part of the club in Madison. I’m not a political insider, that’s true. I’m proud of my local involvement and experience building a business.”

Stafsholt and Link are vying for the opportunity to run against incumbent Democratic Senator Patty Schachtner (D – Somerset). Schachtner was elected to the State Senate in 2018 when she defeated former State Representative Adam Jarchow in a special election. Her victory was considered a major win for Democrats. All eyes will be on the 10th Senate race to see if Democrats can hold the seat, which consists of parts of Burnett, Dunn, Pierce, Polk and St. Croix Counties. 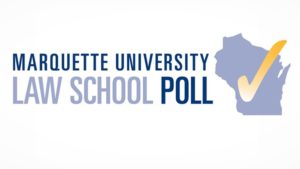 On November 20, Marquette University Law School released its newest poll numbers forecasting the 2020 elections and gauging the state’s attitudes on a variety of issues and public figures.

Additionally, the poll indicates 42 percent of respondents say Trump did “something seriously wrong” while 38 percent say he “did nothing wrong.”

While Trump’s numbers are rising, Biden still remains the first choice for many Democratic Primary voters in Wisconsin. He leads Sanders by 13 points and Warren by 15 in the race for the Democratic nomination.

The economy, over the last year, has:

Chronic wasting diseases is a threat to the future of deer hunting:

The poll, conducted among 801 registered Wisconsin voters, has a margin of error of +/- 4.1 percentage points.

Stay connected with all the latest Wisconsin political news by subscribing to the HC Report and following us on Facebook or Twitter.