Senate and Assembly Back in Session

The State Senate and State Assembly were on the floor voting on a wide range of legislation this week. The activity marked the first floor days after the summer break. Both houses worked diligently throughout August and September in the committee process to prepare much of the legislation voted on this week. In total, the two houses took up over eighty bills and resolutions.

The State Senate was in session on Tuesday, October 8. Debate was generally uneventful with much of the legislation passing on bipartisan voice votes or unanimously. Among the highlights was a bill from Republican Senator Patrick Testin regarding industrial farming of hemp. Specifically, Senate Bill 188, aims to take the state’s current hemp cultivation pilot program to a permanent program. The bill’s authors cited the 2019 numbers that show over 1,400 growers and 700 hemp processors applied for permits from the Department of Agriculture Trade and Consumer Protection. The bill passed 30-2 with Republicans Steve Nass and Duey Stroebel voting in opposition.

The Senate also took up a piece of legislation known as the Lemonade Stand Bill, which seeks to legalize minors being able to sell certain non-hazardous foods. The legislation was introduced following some stories in Wisconsin and other states about children being cited by local law enforcement for operating food stands without permits. The bill, Senate Bill 170, passed on a unanimous voice vote.

The State Assembly convened on Thursday, October 10. Like much of the Senate calendar, many bills passed on simple bipartisan voice votes. However, the calendar included a somewhat controversial resolution that sought to change Assembly rules. The controversy stemmed from events last year in which Representative Jimmy Anderson (D – Fitchburg) sought changes to Assembly rules which would allow him to call into committee meetings. Anderson, a paraplegic, sought the rule change in order to participate in committee meetings while also tending issues related to his disability.

Assembly Republicans put forth the bill, Assembly Resolution 12, to change the rules to allow an accommodation for Anderson. However, the resolution also included other substantive rule changes which Assembly Democrats called a “power grab.” For instance, the resolution included a provision which would allow the Assembly unlimited veto override attempts.

In comments to the media, Anderson said, “We’re on the cusp of providing these accommodations and what does [Speaker Robin Vos] do? A political stunt that’s going to force me to vote against my own accommodations, I think that’s ridiculous.”

Following hours of debate on the resolution and an impassioned speech by Anderson, Assembly Republican leadership introduced an amendment to remove most the language not regarding accommodations for Anderson. Anderson said in another floor speech he would extend an “olive branch” and vote in favor of the amendment. The amendment was adopted and the resolution passed.

The Senate and Assembly plan to have additional floor days over the fall.

On Tuesday, October 8, the State Senate voted to confirm five of Governor Tony Evers’ cabinet secretary appointments. The confirmations mark the first cabinet confirmations since the appointments were made by Evers in December 2018. 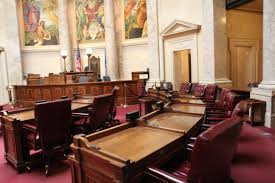 Up until Tuesday, all cabinet appointees have led their respective agencies as Secretary-designees.

The newly confirmed appointees are:

Every Evers cabinet appointee has at least received recommendation for confirmation from Senate standing committees except for Dawn Crim, who was selected to head the State Department of Public Instruction. It was identified earlier this year that Crim was charged for alleged child abuse in 2005. There has been no information from Senate leadership on the future of Crim’s appointment. She is currently the head of the department as a designee.

With the resignation of former Congressman Sean Duffy in September, the residents of Wisconsin’s 7th Congressional District are currently without representation in the U.S. House of Representatives.

As mentioned in a previous HC Report, Republican State Senator Tom Tiffany announced his candidacy for the seat in September. Two other Republicans, Jason Church and Michael Opela Sr., will face off against Tiffany in a primary. No Democrats have yet announced their candidacies. 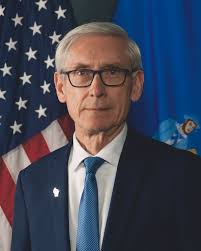 It is up to Governor Tony Evers to call special elections to fill the 7th Congressional District. In September, Evers announced primaries would occur on December 30 with the general election to take place on January 27, 2020.

However, a week after announcing the special election, Evers was notified by the U.S. Department of Justice that the selected dates violated federal law. Specifically, federal law requires there must be at least 45 days between primaries and general elections in order for overseas ballots to be returned and counted.

Evers’ office was notified on October 1 of the violation. As of this writing, Evers has not announced new dates for the special election. Complicating the matter, Wisconsin has a “blackout period” in which special elections cannot take place between February 1 and April 7. It is unclear at this point when a special election may take place.