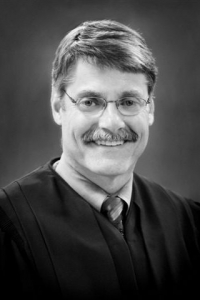 On Thursday, March 21, Dane County Circuit Court Judge Richard Niess issued an injunction against the legislation passed by the legislature and signed by Governor Scott Walker in December 2018. In doing so, Niess prevented the laws from being enforced.

“By meeting in the December ‘Extraordinary Session’ without statutory authority, the Legislature has thwarted the peoples’ constitutional constraints on legislative action, the results of which cannot stand,” Niess said in the written opinion.

Governor Tony Evers praised the ruling, saying, “The Legislature overplayed its hand by using an unlawful process to accumulate more power for itself…I look forward to putting this disappointing chapter behind us…”

One of the provisions passed during the extraordinary session limited the Attorney General’s ability to withdraw Wisconsin from federal law suits. Reports in the media at the time stated this primarily to prevent incoming Democratic Attorney General Josh Kaul from removing Wisconsin from a law suit against the Affordable Care Act.

Hours after Niess’ ruling, Kaul, under direction from Governor Tony Evers, filed a motion to remove Wisconsin from that suit against Affordable Care Act.

Republican legislative leaders expressed their disappointment with the opinion.

It is worth noting, Niess’ ruling did not place injunctions against other legislation passed during extraordinary sessions; only the ones passed in December 2018.

The Republican legislature is expected to quickly appeal the ruling.