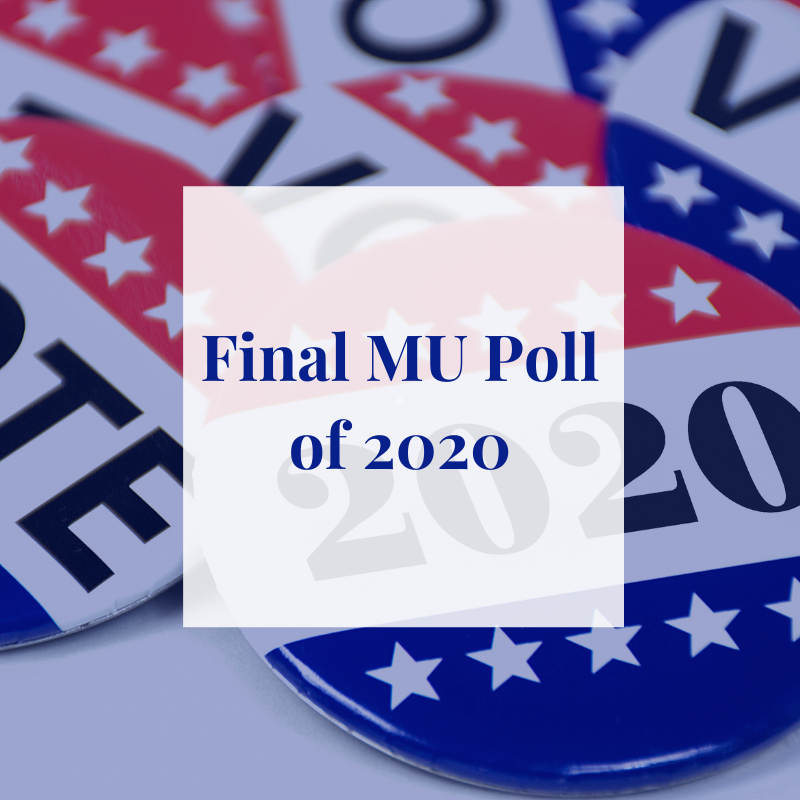 Today’s numbers are consistent with MU Law Poll numbers since May. Biden has led Trump four to six points every month, indicating an incredibly stable race.

Of note, 8 percent of likely voter respondents would not indicate which candidate they plan to support. This brings up the question of “hidden Trump voters”, which many polls were not able to accurately capture in 2016 polling data.

MU Law pollsters attempted to analyze potential support among those 8 percent by how they responded to favorability ratings of the candidates. In analyzing that data, the poll’s modeling projects 50 percent support Biden and 45 percent Trump.

Among likely voters, the poll found 91 percent stated their minds are made up while 6 percent indicated they may change their minds. In the next six days, both Trump and Biden will make appearances in the state to encourage turnout among their bases as well as vie for that 6 percent.

The poll found that 41 percent of respondents already voted by the time they took the poll. Among those respondents, 64 percent said they voted for Biden, 25 percent voted for Trump, 2 percent for Libertarian Jo Jorgenson, and 9 percent would not say.

When it comes to respondents that had not yet voted, 56 percent indicated they will vote for Trump, 35 percent for Biden, 3 percent for Jorgenson, and 6 percent would not say. This is consistent with expectations that Democrats would outvote Republicans in early voting while Republicans would vote in higher numbers on Election Day.

On the question of favorability, 49 percent had a favorable view of Biden, while 46 percent did not. In early October, his ratings were 48 percent and 45 percent, respectively. In May, his numbers were 42 percent favorable and 46 percent unfavorable.

For Trump, 44 percent have a favorable view of Trump, while 54 percent do not. In early October, favorability was 42 percent and 53 percent, respectively. In May, his numbers were 44 percent favorable and 51 percent unfavorable.

How often do you wear a mask in public places?

Most of the Time: 20 percent

Some of the Time: 12 percent