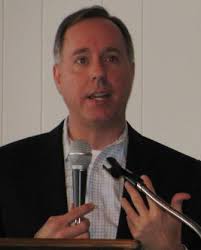 This week the National Conference of State Legislatures announced the election of Wisconsin State Assembly Speaker Robin Vos as president-elect of the organization.

The National Conference of State Legislatures (NCSL) is a bipartisan organization comprised of 7,383 state legislators. NCSL was founded in 1975 and is headquartered in Washington, DC and Denver, CO.

According to the organization’s website, NCSL’s mission is to:

Vos’ election to president-elect marks the first time a Wisconsin legislator has held the position.

“It’s an honor that my fellow colleagues from around the country have chosen me as president-elect of NCSL,” said Vos in a press release. “NCSL is a powerful voice for the states and does an excellent job bringing legislators together from diverse perspectives. I look forward to working with the NCSL Executive Committee and representing Wisconsin as we advocate for a greater reliance on federalism to allow states to innovate and find solutions for the issues facing our country today.”

Vos, a Republican, assumes the role of president in 2019. Toi Hutchinson, Democrat from Illinois, currently holds the position. NCSL alternate between legislators from major parties to serve as president.